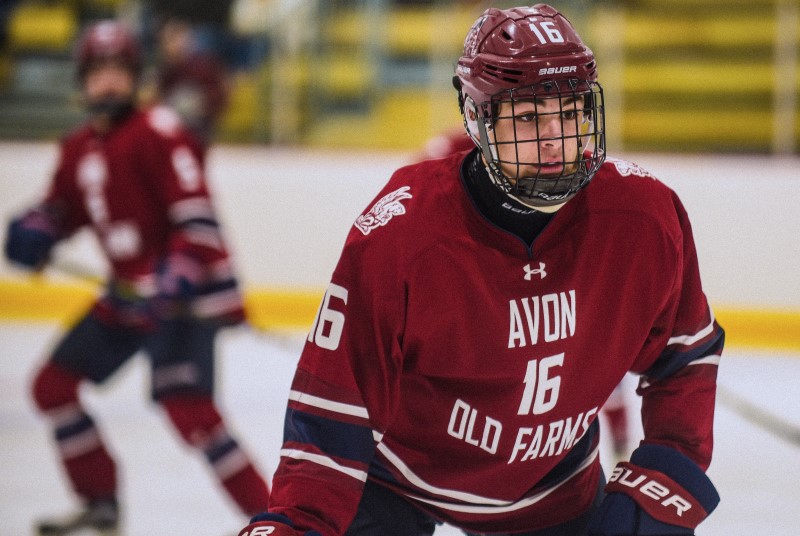 Boucher will be following in the footsteps of current Team USA NTDP players Trevor Zegras and Spencer Knight in heading from Avon to Plymouth next year to play for the U17 team. He says that he’s looking forward to the opportunity.

“It’s been a goal of mine for a while now,” Boucher told BTS Hockey. “My buddy Mattias Samuelsson played there for two years and is at Western Michigan right now, so I’ve been looking up to him. I saw him make that team and wanted to be a part of it. I’ve seen so many great players come through the program, it’s an honor to represent that jersey and be a part of it.”

Boucher says he knows that there was some apprehension among family members waiting for word of whether he made the team or not.

“I know my dad was pretty nervous,” Boucher said. “A couple days went by and I didn’t hear anything, then with two days left, I got the call, went to the office and found out I made it. I saw in my parents’ eyes that they were really proud of me. The hard work that I had put in had paid off. The support that they’ve given me, I couldn’t ask for anything more from them, or my sister and the rest of my family.”

“He didn’t really push me too hard early on,” Boucher said. “I just grew up playing whatever I loved the most honestly. I played golf, hockey and baseball, then as I grew older, I switched over to hockey, turned my focus to that and that’s how it all started.”

Boucher said that this opportunity is a result not only of the effort that he’s put in but a result of a group effort.

“My dad pushes me every day now,” Boucher said. “He always said that the opportunity is out there, and if you want it, you have to work for it. That means a lot because he’s played the game for so long. My mom is my mental coach, she keeps my head on straight. I couldn’t thank them any more for what they’ve done for me.”

With his father having played in the NHL, Boucher says he had a chance to spend some time around some of his father’s teammates but there was one player in particular that he looked up to growing up.

Having committed to Boston University last year, Boucher said that something about that city calls to him.

“I’ve always wanted to play in Boston, I just felt like BU was the right spot for me,” Boucher said. “They’re a Beanpot school too, and I’ve always wanted to play in that, so  from a hockey and an academic standpoint, they’re a good fit for me. A lot of my family is from Rhode Island, and I thought it would be nice to play closer to home. It’s not too far of a drive to Boston, so it’s a win-win situation.”

As for the next step, heading into the summer and next fall, Boucher says that there’s just a lot of relief in accomplishing his goal at the moment.

“Nerves were building up for sure heading into the camp,” Boucher said. “I had to earn my spot, and I’m happy I was able to do so.”